Battle of the operating systems: We ask our developers which one is better.

It’s been a challenging week this week at Beem It for our developers, but not in the way you would think... On top of ensuring Beemers have an awesome experience with instant payments, we’ve pitted our incredible iOS developers up against our awesome Android developers to decide once and for all which operating system reigns supreme.

New mobile phone purchases have been down over the last while, so we know people will be upgraded soo. Below we’ve asked the burning questions to help you decide which way to head with your next plan/christmas wish.

Question 1- Android has a wider variety from a model and cost perspective. Is having this level of choice a benefit?

Having more choices is sometimes better from a customer perspective. But not all phones are created equal. The quality of the phones vary between manufacturers and choosing the right one can get hard. With Apple you know what you are getting, and that you are getting quality with the available set of choices. Its quality vs quantity.

Having a wider range of consumer devices is somewhat of a double-edged sword. On one hand, consumers have a much wider range to choose from, so they can find the one that best suits their needs, uses and budget. However, having a wide range of devices to choose from means it can be difficult to know how well different apps and experiences will perform on each device.

On top of this, while there are many quality and affordable Android phones out there, the openness of the platform means that there is room for many subpar devices as well, which can sully a users experience and impression of the platform.

Question 2- Is the selection of apps available better on Android or iOS?

Over the years most of the apps have now become available on both the platforms. But the quality of apps on iOS have been better. As well as this a lot of new apps target iOS first because of the quality and innovation they can deliver. And some apps like Halide are iOS only (its a clever long exposure photography app which is great!). Also the apps on the tablets on iPads far exceed the collection on Android.

The majority of apps people use everyday are available on both platforms, however, due to differences in market share, many apps develop for iOS first over Android, which can lead to a subpar experience for Android users. Some apps can also deliver a subpar experience due to poor or incorrect use of the device’s hardware systems, such as the camera or microphones.

On the flip side, the Android system is an open-system, meaning that anyone can create apps for it and a user can install apps from anywhere, not just the Play Store, leading to an overall wider range of applications available.

Question 3- Which app store is better and why?

The app review process of Apple makes sure that the apps on the store are of minimum expected quality. It's hard for apps which scam/steal users data, which are half baked to be the app store. So customers can mostly expect great quality apps.

It’s not easy to sideload apps on iPhone or iPad. For companies/indie developers building paid apps, this is great as they don’t have to worry about revenue loss.

The Play Store itself doesn’t have any big defining differences for the end user. However, it does allow for an overall quicker and more tweakable publishing process, giving developers better peace of mind. The main difference on an Android device for consumers is the openness of the platform, allowing you to install applications from any source you want to. This can have ups and downs depending on how you look at it, but it’s nice to have the option to choose.

Question 4- What’s the worst experience with your operating system that you have had?

In 2017 there was a date time bug that caused the phone to reboot randomly. This made the phone unusable for a couple days till there was an update rolled out.

Due to a mystery bug, my favourite phone - Nexus 5 was not accepting my passcode, I was not able to unlock it. As a result, I lost all my data on that device.

Question 5- What would you change with your operating system if you could redesign it again?

I love the operating system the way it is now and wouldn't change. With iOS, iPadOS and MacOS features cross pollinating while maintaining its individual appeal, I see a great future ahead and can’t wait to see what Apple would come up with.

If I had a chance to redesign Android, I would certainly focus on improving the way system updates work. Currently only a small number of phone manufacturers provide guaranteed Android version upgrades, this is because preparing it requires a lot of effort.

Question 6- Why did you choose to be a developer for your operating system?

I started my software development journey by working on the Android operating system frameworks and apps for a phone manufacturer. However I was always fascinated by the iPhone from the day I saw it on the news. I was using an iPhone personally even though I was developing for Android. Having used both Android and iOS and seeing how polished the apps and experience was on iOS, I decided to learn building apps on iPhone and never turned back from there.

I chose Android, because it is an open source operating system.

I was sure it would survive and thrive. In addition, working on Android applications requires no extra equipment, everyone can do it on a personal computer. The iOS system doesn't offer such flexibility.

The software teams at Beem It know what they’re doing (clearly) and are experts in ensuring that the Beem It experience for both systems is always the best. They have offered their opinion above and for me it’s hard to pick a winner. Android has the open interface and you can easily add features that you want, whereas Apple is guaranteed polish, but only a limited number of phones. It’s a draw for me. I can’t pick. What would you pick?

If you liked what you read and are hungry for more tech insights and payment pieces of information, make sure to be following Beem It on Instagram or follow the hashtag #SpillTheBeems. We will be showcasing more interesting, weird and wonderful insights about Beemers for you to enjoy.

If you have any ideas or suggestions on how we can improve connecting with each other, whether it’s an app innovation or something we could do at work, we would love to hear from you. We're working harder than ever to ensure you continue to have the best Beem It experience possible. Please share any other ideas that you would like us to incorporate into our next blog post here support@beemit.com.au. 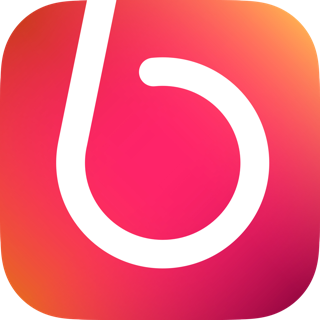